When I crossed the border with The Netherlands, for the first time in my vacation I had a lot of rain for a ‘long’ period. So no new pictures from my trip back to home. Instead I will post here as summary my personal favorite picture of the last 22 days and also some more info about that picture.

Day 1 to Rudolstadt was a nice start this picture is Schloss Heidecksburg in Rudolstadt. 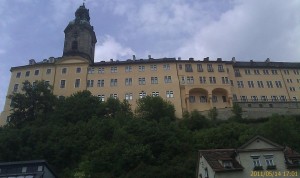 Heidecksburg palace in Rudolstadt is the most magnificent palace from the 18th century in the Free State of Thuringia. With its variety of collections and exhibitions it attracts over 10 000 visitors annually. The counts of Schwarzburg acquired the palace during the time of the High Middle Ages in 1340 when it was still property of the counts of Orlamuende. From 1574 to 1918 the palace was the residence of the counts and later princes of Schwarzburg-Rudolstadt.

Day 2 Weimar with DFM member der_wichtig and his wife to celebrate their first wedding anniversary. Another picture of a castle as my favorite picture of the day: Schloss Belvedere. The Baroque Schloss Belvedere, on the outskirts of Weimar, is a pleasure-house built for house-parties, built in 1724-1732 to designs of Johann August Richter and Gottfried Heinrich Krohne for Ernst August, Duke of Saxe-Weimar. 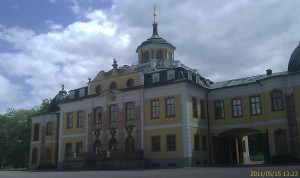 The corps de logis is flanked by symmetrical pavilions. Today it houses part of the art collections of Weimar, with porcelains and faience, furniture and paintings of the eighteenth century. As the summer residence, its gardens, laid out in the French style in 1728-1748, were an essential amenity. A wing of the Orangery in the Schlosspark contains a collection of historical carriages. After 1811, much of the outer gardens was altered to conform to the English landscape garden style, as an Englischer Garten, for Grand Duke Carl Friedrich, who died at Belvedere in 1853. The enriched collection of exotic plants was published as Hortus Belvedereanus in 1820.

Day 3 In Dresden as you can see in the gallery of that day it was not sunny even a bit grey day. I chose this picture as my favorite. It is the statue of Gottfried Semper. 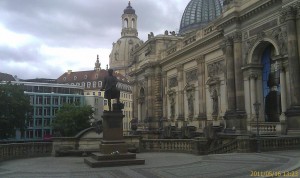 Gottfried Semper was a German architect, art critic, and professor of architecture, who designed and built the Semper Opera House in Dresden between 1838 and 1841. Semper obtained a post as Professor of Architecture at the Königlichen Akademie der bildenden Künste (today called the Hochschule) in Dresden Part of this school you can see on the right side of the picture. 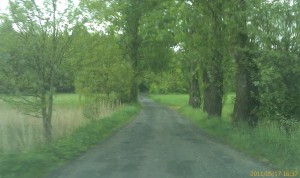 Day 4 to Katowice, Poland. This is my favorite picture of this day. A nice drive with some little roads with Polish drivers who can not read roadsigns ;).